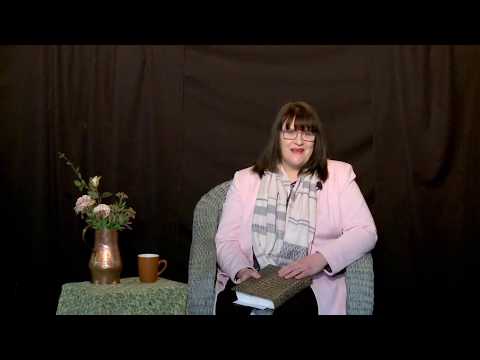 Was there a serial killer active in the Hague? The Parnassia Mysteries.

Was there a serial killer active in the Hague? The Parnassia Mysteries.

Hey guys,
first write-up from me. Theres alot of unsolved mysteries. crimes etc., in the Netherlands and I figured I'd start with a first write up. More coming in the future! I would like your feedback on this one for that reason! Today I'm starting with a potential serial killer in a dutch mental health facility.
What is Parnassia?
Parnassia is a dutch mental health facility with various locations in the Netherlands. They offer various sorts of mental help aswell as housing. The terrain in the Hague is a fairly large terrain with various buildings, housings, ditches and a daycare center. This is a map of the terrain: https://www.avn.nl/upload/images/haagwinde%20nieuwe%20stijl/2018/01/Schermafbeelding%202018-02-04%20om%2021.56.00.png
Victim number one: Fotiena Verhagen-Toet
On the 2nd of November 2007 Fotiena (nicknamed Tieneke) accompanied her son to an appointment at Parnassia. Her son, Marco, was a paranoid-schizophrenic. Tieneke herself was suffering from dementia. They arrived on the property together but were way too early for their appointment. Due to the time left over they decide to drink coffee at the daycare center first, along with some other patients, particularly one named Tony. During these moments an argument broke out between Tieneke and Marco, with some accusations of Marco hitting Tieneke. As Tony later testified, they were sent out of the daycare center due to the arguing. They leave, and this is where things get hazy. At some point Tieneke and Marco get separated. We know this because Marco is later spotted in a frenzy, running around the terrain screaming for his mother.
Tienekes body is found three days later in a ditch about 2 kilometers (1.2 miles) from where she went missing. The ditch was about 0.5m deep (19 inches). The coroner concludes this as suicide, however there are some remarks with this:
Victim number two & three: Mark and Maya de Vries.
6th of December 2007. It's been a month since the first event when the two bodies of Mark and Maya de Vries are found on the Parnassia grounds. This was supposed to be Marks first appointment at Parnassia after his GP diagnosed him with a possible starting psychosis and possible delusions. Their car is parked at the facility and they are seen asking for directions to the clinic where they have their meeting at 5.30pm.
After they failed to show for their meeting security is told off this and an hour later they comb the facility for traces of them. In a later report they note they heard a loud women's scream around 7.30pm, something they claim happened a lot, so they decided to go for a coffee break before they restarted the search effort. Shortly after 8pm they find Maya’s body in shallow ditch. The police is called to the scene and it is locked down for investigation. During this investigation they also find Mark’s body floating a few yards away in the same shallow water. There are numerous signs of a struggle at the scene:
Around 5.30 a woman biking along the paths to pick up child saw a man in the ditch. He was described as 30-40 years old and was rummaging at the side of the ditch with two big objects. She could not spot who it was.
At 5:45 a male employee spotted a man in the same ditch wading through the water with his clothes on. As he looked back he was able to spot the man having reached the opposite end of the ditch. He was not able to give a further comment.
Victim number four: Lientje van Mastrigt.
April 2nd 2008.
Lientje was a resident at Parnassia. She was living in a psychiatric housing unit for elderly. She went out to buy cigarettes in a small store right near the facility and an appointment within the facility, near the daycare center. On April 18th her body was found in a small ditch on the terrain. Her cause of death was determined as heart failure, drowning or a combination of the two. This is the 4th victim within a ditch in less than 6 months.
Victim number five: Jane Doe.
5th of April 2010. It is 2nd Easter day in the Netherlands. In a small waterway, depth about 1.50meter (60 inches) the body of a 79 year old resident of Parnassia is found. Her walking-aid was found standing upright near the ditch. Her cause of death has been ruled as drowning. This waterway is a stones throw away from the other cases. This case, again, was right near the daycare center. The police have not released the personal date of this woman, since she was not reported missing.
Victim number six: Jopie de Haas.
13th of May 2012. Jopie is found in the same ditch as Lientje van Mastrigt. She was suffering from dementia but was still living on her own accord. According to her neighbour, who had seen her on the day of her disappearance, Jopie was out looking for her cat when she disappeared. Relatives who had set up a search effort found her on the same evening in the waterway. There is not much more known about this case.
Additional comments:
What do you guys think? Was there a serial killer present at Parnassia? Or should we see all these cases seperately? If so, who was screaming? And who was the man seen wading through the water? Can all these cases be a coincidence? I’d like to hear your thoughts!
Sources:
Peter R. De Vries, dutch crime reporter: https://www.youtube.com/watch?v=l4LJbyVhYPY
https://maudoortwijn.com/2016/05/11/zes-doden-en-de-rechter-beschermt-patientengegevens-100/
https://www.waarheidsvinding.com/?p=4999